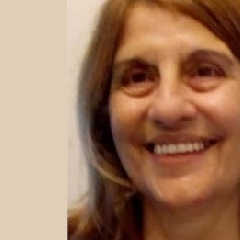 History and Theory of Ideas

Currently interested in topics that cross the colonial press with the idea of democracy and the importance of intellectual networks in the emergence of a culture of opposition and resistance to dictatorship and colonial empires in the first half of the 20th century. With training in digital libraries and archives is prepared to cross-referencing the fields of historical research with the practices and knowledge of library and archive science.

Post-Doctoral research, from 2017 to 2022, at USP/FFLCH (São Paulo University/Faculty of Philosophy, Literature and Human Sciences), with a grant by FAPESP for the project, The Cultural Impact of the Colonial Act of 1930 in the Portuguese Empire: a Goan perspective.

Member of Portuguese and international projects:
Member of Thinking Goa: a peculiar library of Portuguese language (SP, Brazil) a international financed project coordinated by Helder Garmes.
Founding member since 2014 of the International Group of Studies of the Colonial press of the Portuguese Empire (GIEIPC-IP).
Member, since 2016, of the project Press and Circulation of Ideas: the role of newspapers in the 19th and 20th centuries (http://dgp.cnpq.br/dgp/espelhogrupo/9541541718955541), coordinated by Isabel Lustosa (Foundation Casa Rui Barbosa) and Tânia de Luca (UNESP). The project is supported by the CNPq. Within this project coordinates since 2018 with Isabel Travancas the sub-group: Portuguese-Brazilian Press: Political and Cultural.