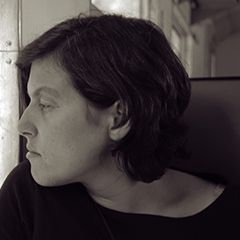 Researcher at the CHAM, FCSH, Universidade NOVA de Lisboa, working in a research individual project titled "Circa 1892: Public Works Departments and the everyday building of the Portuguese empire" - FCT support (CEEC IND 2017) and coordinating, with Renata Araujo, of the research project TechNetEMPIRE - Technoscientific Networks in the construction of the built environment in the Portuguese Empire (1647-1871), the financial support of FCT Fundação para a Ciência e a Tecnologia (PTDC/ART-DAQ/31959/2017). She is the coordinator of the Art and the Portuguese Overseas Expansion research group at CHAM and member of the plenary committee board of CHAM, since 2016. Member of the executive committee of the International Group for Studies of Colonial Periodical Press of the Portuguese Empire (https://giepcip.wordpress.com). Graduated in Architecture at Coimbra University (1997), she holds a PhD. in Art History at the Université de Paris I (2011). Between 2015 and 2019 she was a member of Pensando Goa research project, coordinated by the Universidade de São Paulo, Brazil, with the support of FAPESP (2014/15657-8). She was a postdoctoral research fellow at CHAM and CIUCHT, with the project 'Building the Portuguese Empire in the 19th century. Public Works across the Indian Ocean and China Sea (1869-1926)' financed by FCT (SFRH/BPD/76090/2011) and visiting fellow at CSISP, Goldsmith College, University of London (2012). She interested in the study of Public Works in the Portuguese empire during the long 19th century with approaches between the history of architecture and the history of science and technology and in using digital methods of researching in the humanities. Also concerned with themes related to Portuguese architecture and heritage of Portuguese influence in general.